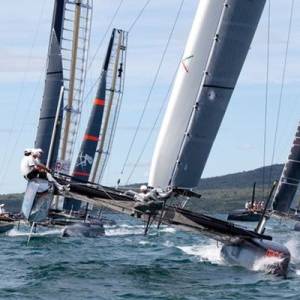 Plymouth (Devon) was unveiled as the second stop in the inaugural Americas Cup World Series (AC World Series) . The event will be held September 10-18th, 2011 and will feature both fleet and match racing.

The 2011-2012 AC World Series will be sailed in the AC45, the forerunner to the next generation of America’s Cup boats. While capable of closing speeds of up to 30 knots, the AC45 remains nimble enough to handle the tight, tactical race courses planned by America’s Cup Race Management (ACRM)

Councillor Vivien Pengelly, leader of Plymouth City Council, said: “We are thrilled that Plymouth has been selected to be a host city for the America’s Cup World Series. Plymouth’s outstanding waterfront, its rich maritime heritage and its many attractions make it a perfect venue for this event. It will be a real opportunity for Plymouth to show off its assets to the world and it will support our ambitions to further develop our visitor and marine sectors. We look forward to welcoming the America’s Cup World Series teams and visitors from around the world to Plymouth in September.”

World-renowned for its rich seafaring history, Plymouth has seen countless ships set sail on great voyages of discovery and to settle new worlds. It was from this city on the south west coast of England that the Pilgrim Fathers left to establish a new colony in North America in 1620.

Located at the centre of Devon and Cornwall, the UK's most popular tourist destination outside of London, the city’s spectacular waterfront location makes it one of the major sailing centres and the perfect venue for showcasing world-class maritime and sporting events. Home to the largest number of maritime and marine businesses in the region, Plymouth also offers outstanding sight-seeing, shopping and cultural opportunities.

“Similar to San Francisco, Plymouth Sound is a natural stadium that will bring the racing to the spectators and really showcase the AC45s in a spectacular way,” said Richard Worth, Chairman, America’s Cup Event Authority. “We’re excited to have a Northern European venue that has a deep understanding of the sport of sailing, and has long supported its growth and promotion.”

Plymouth attracts leading yachtsmen and women from around the world and has hosted the start and finish of many major sailing events including the Fastnet, Tall Ships and Clipper races as well as the Transat.

"It will be fantastic to race in the UK this year," said ORACLE Racing's James Spithill, the youngest skipper ever to win the America's Cup. "Plymouth has great sailing history hosting the finish of the legendary Fastnet Race and the single-handed trans-Atlantic starts, so it will be cool to race the next-generation AC45s there. With 15 teams now entered, we can be assured of some epic racing on the AC World Series circuit. We have been having a blast with AC45s and now I can't wait to get out there and go racing with this great line-up of international teams."

Thinking of Selling Your Boat?

Boatshed Dartmouth can help you prepare your boat for sale and can have it on the market within days available to Boatshed’s own database of over 380,000 registered users. And now the photographs are 4 times the size and as always we sell boats on a ‘No Sale, No Fee’ basis. 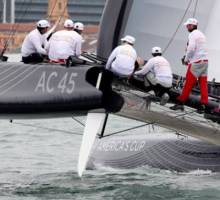 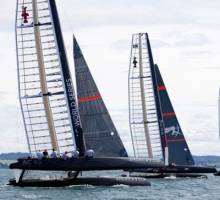 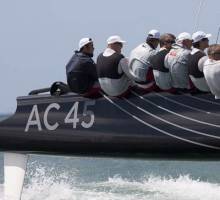 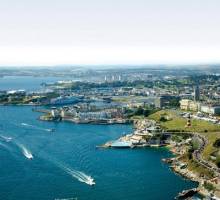