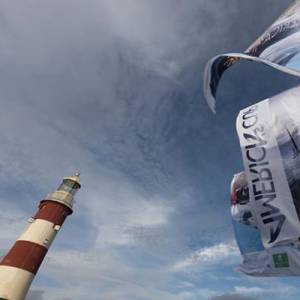 America's Cup sailing is coming to England, bringing many of the world's best sailors, competing on some of the most physically demanding boats in the world - the next generation, wing-sailed AC45 catamarans.

Landing in one of England's most historic and celebrated maritime ports, Plymouth, the America's Cup World Series will run September 10-18 in front of crowds on the world-famous Plymouth Hoe.

The team bases have been built, the shore side facilities are nearing completion and some teams have already started training on site. With just one week to go until the first race of the America's Cup World Series - Plymouth, all of the pieces are falling into place.

For some of the British sailors sprinkled throughout the crew lists, the opportunity to sail at home in the UK is very welcome: "It will certainly be great to be sailing on ‘home’ waters and to have the support of family and friends, and the venue looks to be a natural amphitheater which should be great for spectators to watch the racing," said Chris Draper, the British skipper of Team Korea.

"I'm looking forward to the regatta as I’ve not sailed in Plymouth that much. We’ve been doing a lot of analysis after the first event and have some valuable input we can apply going into this one. While we had a good regatta and were generally pleased with our performance in Cascais, we think we can improve in some key areas."

They won't be alone. The nine crews representing seven countries will arrive in Plymouth ready to renew rivalries in the new AC45 wing-sailed catamarans, which have proved to be the perfect tool in delivering close, exciting, adrenalin-filled racing.

This is the second stage in the America's Cup World Series. In the inaugural event in Cascais, Portugal, last month, ORACLE Racing Spithill won the match racing title, while Emirates Team New Zealand came out on top in the first 'Super Sunday' fleet race to grab the overall win.

China Team has a new skipper in Charlie Ogletree, who has been promoted from the role of tactician in Cascais. Andreas Hagara, an experienced and decorated multihull sailor from Austria, joins the team as helmsman.

Thierry Barot, CEO of China Team, said: "What we are aiming to do is to build a real sports team where each member plays a key part, and at the same time, has the flexibility to be capable to move around as we race in different waters and under different weather conditions; this will truly maximize the potential of each member and enable them to add the most value to the team."

In Plymouth, the opening weekend will see the Plymouth AC Preliminaries, consisting of four fleet races spread across both Saturday (1410 start) and Sunday (1500 start), as well as the AC 500 Speed Trial, also scheduled for Saturday afternoon.

Monday and Tuesday are off days before the Plymouth AC Match Race Championship begins on Wednesday. The teams sail a combination of fleet and match races over three days to qualify for Saturday's match racing finals. The event culminates with the AC World Series Plymouth Championship, one winner-takes-all fleet race for the title on September 18.

Spectators are expected in the thousands, both on the water and along the shoreline. The race course will be very close to shore, inside the breakwater, meaning Plymouth Hoe offers spectacular viewing opportunities. The Race Village will be centered around the waterfront and the Millbay Docks, offering a host of on-shore entertainment, including live coverage of the racing, as well as concerts each evening.
The America's Cup World Series Plymouth is the second stop in the series. Following Plymouth, the teams will next race in San Diego, California from November 12-20, 2011.

To follow the live action, viewers can tune in to the America’s Cup YouTube channel. Featuring a multi-screen player, viewers can choose from live onboard footage, a graphical overview or an eagle’s eye view, as well as from expert sailing or standard sports commentary as part of the daily livestreaming. The racing is also available on demand at www.youtube.com/americascup.

Thinking of Selling Your Boat?
Boatshed Dartmouth can help you prepare your boat for sale and can have it on the market within days available to Boatshed’s own database of over 400,000 registered users. And now the photographs are 4 times the size and as always we sell boats on a ‘No Sale, No Fee’ basis. 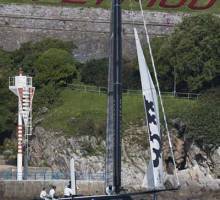 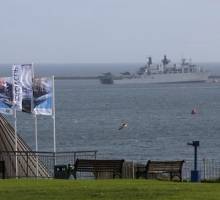 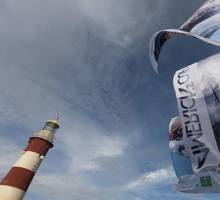 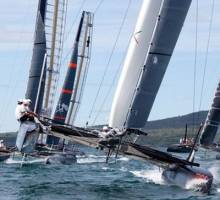