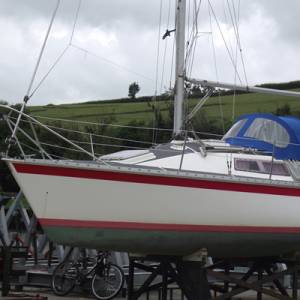 Boatshed Dartmouth are delighted to offer for sale a rare Super Seal 26. Designed by Ron Holland and built originally by John Baker just 100 were built before the rights were sold to Parkers. They then continued the design as the Parker 27, after various interior layout changes going on to become the Parker 27. They are known for being fast little yachts with the distinct advantage of a very shallow draft (just over a foot) and a good interior layout. This example appears to have been very well looked after and the Yanmar engine install in 1997 looks particularly impressive. In December 2000 "Sailing Today" magazine listed the Super Seal as one of the "top five used boats of the year", along with some old favourites such as the Contessa 32 and Elizabethan 30. Their review gave it five stars for performance, and four for accommodation, which they described as ".... much better than you would expect in such a fast boat." Incidentally, the RYA quote a Portsmouth Number of 976, making her faster than a Contessa 32, and also faster than many 34 foot cruising yachts! 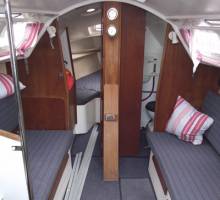 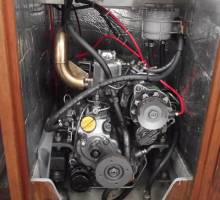